I received a call from a friend of mine with whom I had gone trekking to KalsubaiTrek and about which I wrote in one of my posts, which also got the selected as “Featured post” on IndiBlogger.

This time her son Vishesh and she were going to Bhairavgarh, near Malshej ghat. The offer was tempting but the notice was very short, so I could not join them on this one. But then I did ask them to share the experience, which they did, and thus this post.

My friend is quite adventurous and being a single mom she sees to it that her son Vishesh is not only well looked after but that he also grows on to be an independent and fearless individual.

The exploration and trekking lesson started for him early last year with small treks in neighboring hills of Pandav Lene, Nashik.  Major trekking happened with Kalsubai Trek, sometime in November 2018.

Bhairavgarh was more of a Rock climbing and Rappelling. With some experience in trekking, both Mom and Son were all set to go. 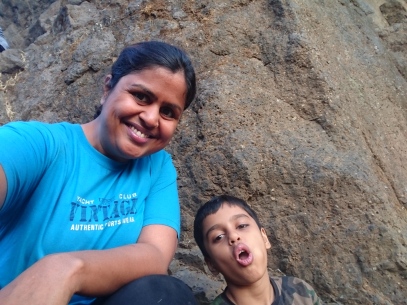 The duo reached the base of the mountain and joined the group at around 9: 30 pm. The climb was 1145mtrs and started at 11:30 pm. Vishesh age 8, was the youngest member in the group and hence also the center of attraction of all present there. The instructor and guide took special care of him and their responsibility grew even more than what they already had… 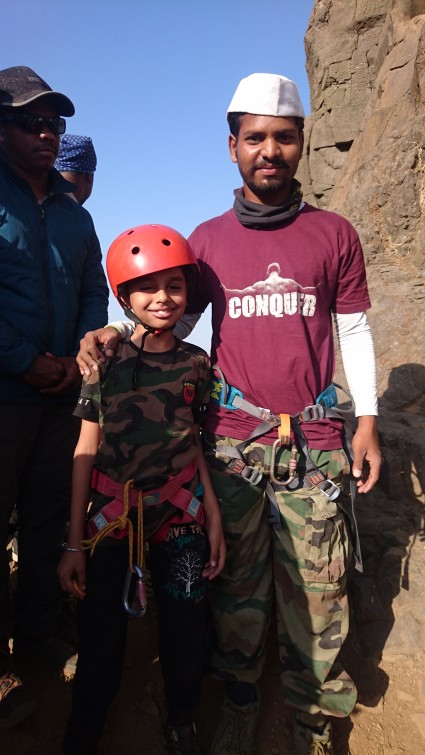 Loaded with all the enthusiasm, instructions and dose of Do’s and Dont’s Vishesh set out on the climb with his Mom and the group members. 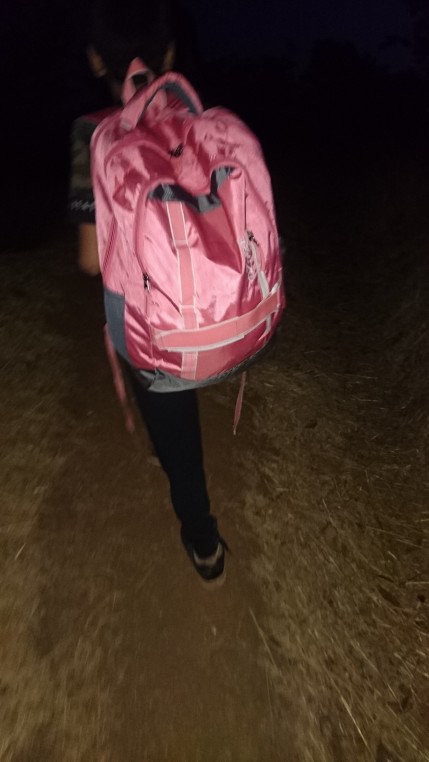 The valley was deep and the atmosphere was cool, and the night was dense in all its glory, the ever beautiful… 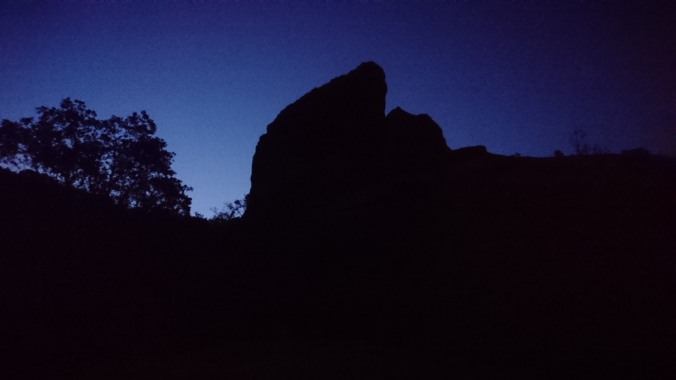 It was two hours of climb after which the group reached the base of the fort. It was a plateau big enough to accommodate about 1000 people at a time. Everybody took rest and had a short sleep. At 5:30 am the group had a tea which was prepared by the instructor team members.

With harness in place, Vishesh took to the ropes and started rock climbing. It was like he had done this many times. With cheers and claps and his name being called out by the group members Vishesh marched slowly and carefully uphill. 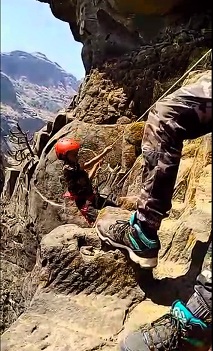 With the expert guidance of his instructor Mr. Rohit Hiwale and applauds and cheers of his group members Vishesh continued the steep climb 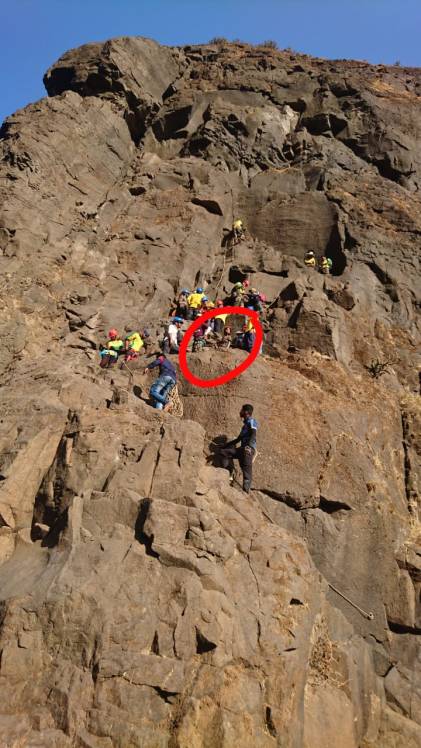 and finally made it to the top of the summit, and flagging the winning pose. Vishesh might not be the youngest of all, but definitely the only youngest one on this expedition. 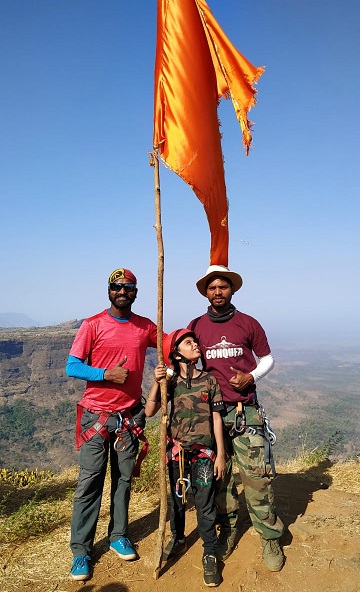 Now that the easier part was done, here comes the tougher one, climbing down the mountain. Rappelling down is not so easy, especially when you are this young and that too a first-timer without any proper training. But then kids know nothing about fear, they only need encouragement and proper guidance, and that is what his Mom and the instructor Mr. Rohit Hiwale did. The group members encouraged and motivated by cheering up for him. No task is difficult if you decide, and with some support and encouragement, one can achieve whatever one wishes for. Vishesh is a very good example of this. Age is not the deciding factor, the motive is. 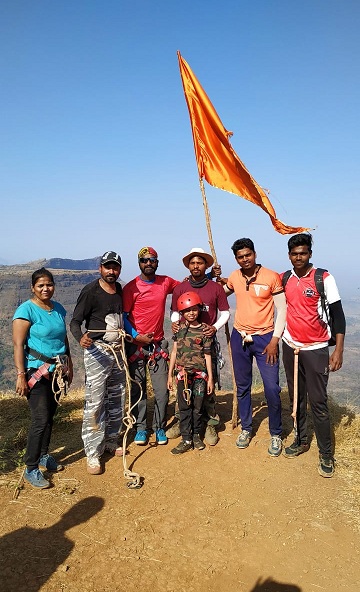 It’s not about the big things one does, but small achievements like these and encouragement and trust of parents in their kids, that make them grow into extraordinary individuals. We should never underestimate the potential of kids, we just need to be there to guide them when needed thus allowing them to explore the experiences to the fullest. After all our experiences are our best source of inspiration, just like mistakes are our best teachers, and the sooner they learn and get this the better.